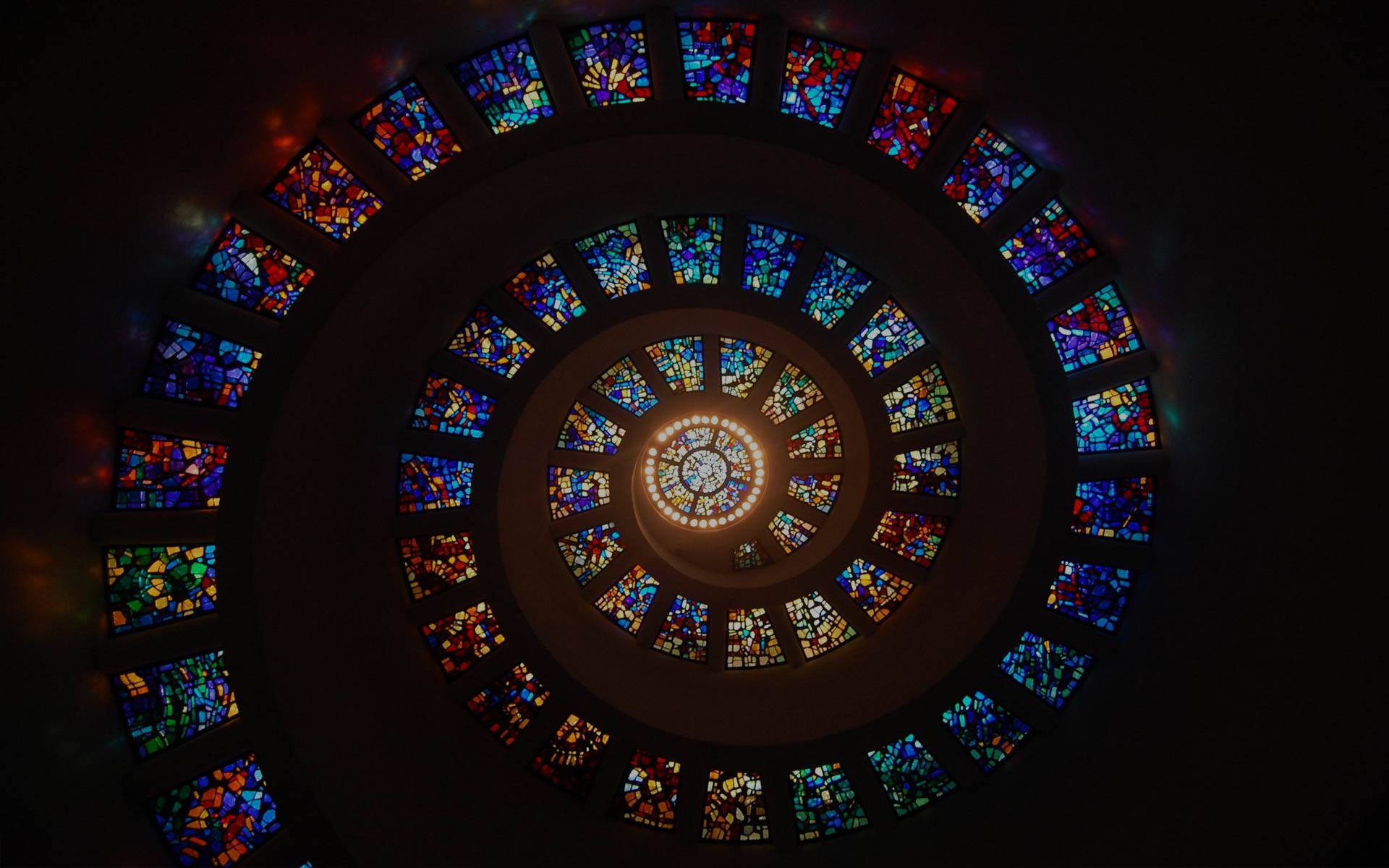 About Self Compass And Compass Therapy

Where Psychology and Theology Really Meets

Dr. Dan Montgomery’s books provide Austin psychologist, counselees, pastors, and self-help readers with the principles of Compass Therapy and the The Self Compass And Compass Therapy® growth tool for healing and transformation.

Why is the Montgomery approach to counseling and therapy called Compass Therapy?

The Self Compass And Compass Therapy derives its name from the assumption that the compass-like integration of complementary opposites, whether in terms of personality or human nature itself, contributes to psychological and spiritual wholeness. As a personality theory the Compass Model reveals the major ways people become stuck in self-defeating patterns, while at the same time showing pathways toward actualizing growth. Actualizing means to make real, develop, grow, embody, and encompass.

For instance, choosing to move from dependent placating into diplomatically speaking one’s mind results in a freeing up of the Love and Assertion compass points. Or moving from controlling arrogance to confident humility results in freeing up the Weakness and Strength compass points. Developing a rhythmic expression of all four compass points leads to creative freedom and responsibility, rather than rigid imprisonment within a personality pattern.

What are the theoretical underpinnings of Compass Therapy?

Rather than viewing personality as an isolated set of instincts, traits, or drives, compass theory takes an interpersonal perspective, holding that personality is a complex set of behavioral processes that endure across time—a set of recurring interpersonal patterns that characterize a person’s life. These patterns are not just psychological, but physiological and spiritual, for they encompass the whole person.

Personality research based on symbolizing the self as a circle divided into four quadrants began over a hundred years ago with Carl Jung’s model of the mandala. Since then, personality research has empirically validated the model of the self as a circle with inner elements by proposing the interpersonal circle (Kiesler, 1996; Benjamin, 2006), the actualizing model (Shostrom, 1976; Shostrom & Montgomery, 1986), the circumplex model (Plutchik and Conte, 1997; Wiggins, 1995, 1979; Carson, 1969; Guttman, 1966; Schaefer, 1965), the circulargram (Millon et al, 2004; Millon & Grossman, 2007), and the Self Compass (Montgomery & Montgomery, 2006, 2009).

A classic study by the Institute of Personality at Berkeley discovered through the factor analysis of five thousand cases that recurrent styles of intrapsychic and interpersonal dynamics possess two basic dimensions: affiliation and power (Leary, 1957). These were expanded by Shostrom and Montgomery to include the polarities of Love and Assertion, and Weakness and Strength (Shostrom & Montgomery, 1978, 1986), contributing to the development of the term “Self Compass,” a metaphor suggesting a universal latitude and longitude of the self (Montgomery, 1993, 1996; Montgomery & Montgomery, 2006, 2007, 2009).

Taken in the context of compass theory, these dynamic polarities help discriminate between healthy and maladaptive expressions of personality and relationships, making the Compass Model diagnostic and therapeutic at the same time. Hundreds of studies in clinical, educational, and religious settings have corroborated the growth psychology and clinical validity that undergird Compass Therapy (Montgomery, 2008).

Dr. Dan & Kate Montgomery coined the terms “Compass Therapy” and “Self Compass” to provide metaphors readily understood by people in all cultures.

Why is Self Compass And Compass Therapy unique?

The Self Compass And Compass Therapy understands personality health and maladaptive behavior through both the qualitative analysis of empirical research and the dynamics of Jesus’ personality as revealed in the Gospel narratives. The application of Compass theory to the world of theology is called Compass Psychotheology and helps to answer many people’s desire for spiritual meaning beyond what behavioral science alone can offer.

The Self Compass And Compass Therapy contributes to clinical and counseling psychology by framing the major personality disorders found in DSM in a way that generates hope for change. Most therapists agree that it is difficult to remember these disorders, let alone know how to treat them. But the Compass Model suggests that each disorder has a logic behind it: a rigid pattern that reflects the exaggerated use of one compass point at the expense of the others.

This mapping of personality disorders/patterns around the Self Compass makes for easy remembrance and generates intuitive treatment strategies designed to move counselees from fixation on a single compass point to the rhythmic and healthy balance of a whole Self Compass. The larger message is that using all four compass points promotes mental and relational health, helping to diminish anxiety, depression, and other symptoms of personality fragmentation.

Further, because The Self Compass And Compass Therapy stands on the two legs of psychology and spirituality, the personality patterns are viewed as “growth deficiencies” that are transformed through the healthy development of personality. This helps translate DSM definitions of disorders with a Compass Model for actualizing growth.

How does Compass Therapy interface with other major schools of counseling and therapy?

Compass Therapy is an eclectic approach to therapeutic psychology that integrates principles from a range of counseling theories that include psychoanalysis, Gestalt, transactional analysis, existential-humanistic, and cognitive-behavioral approaches. Thus, the central tools of Compass Therapy—most notably the Self Compass (Love and Assertion, Weakness and Strength) and the Human Nature Compass (Mind and Heart, Body and Spirit)—can enrich any counselor’s repertoire, including a health model for understanding psychopathology.

Much like a cross-platform operating system, Compass Therapy provides a set of principles easily employed by those utilizing any counseling theory. These principles suggest that: self-actualization has both intrapsychic and interpersonal dimensions; spiritual faith strengthens people’s emotional resiliency; a therapist engages a counselee not only in a role, but as a fellow human being; and a therapist should not overly focus on dysfunction, but give equal time to the development of a counselee’s caring (Love) and courage (Assertion), humility (Weakness) and self-esteem (Strength).

Why are personality patterns harmful?

A personality pattern is a set of manipulative behaviors stemming from partially unconscious assumptions that directly affect how individuals perceive, think, feel, and act. Personality patterns left unchecked can undermine and even destroy one’s prospect for a healthy personality and fulfilling relationships.

As understood within compass theory, personality patterns are autonomous complexes that represent misguided attempts at self-actualization. Every rigid pattern begins with a person’s effort to overcome anxiety and survive in a world that is perceived as threatening. Whether the person learned to withdraw from people, move aggressively against people, feel superior to others, or become overly dependent upon people’s approval, all of these patterns prove self-defeating in that they undermine authentic identity, intimacy, and community.

Which books in the Compass Series address Compass Therapy?

— The definitive book on Compass Therapy theory and practice. Referencing a hundred journals in the systematic development of compass theory, the book shows how to therapeutically facilitate transformation in a counselee’s personality and relationships by using the Human Nature Compass (Mind and Heart, Body and Spirit). An added feature reframes DSM personality “disorders” as “patterns” that are amenable to growth and change. Case histories focus on the Dependent Pleaser, Histrionic Storyteller, Paranoid Arguer, Antisocial Rule-breaker, Avoidant Worrier, Schizoid Loner, Compulsive Controller, and Narcissistic Boaster patterns, showing how to apply the Self Compass in moving counselees forward toward health and wholeness.

— Shows how to use the Self Compass in working with counselees who are stuck in rigid trends of Dependency, Aggression, Withdrawal, and Control. Gives guidelines for understanding the “Anatomy of a Counseling Session” and “A Counselee’s Image of God.” A special feature includes 25 therapeutic techniques that are demonstrated in case studies and organized into an Appendix compendium for ease of reference.

— Develops the definition, history, scope, and contemporary expression of pastoral counseling , encouraging pastors to view the church as a ‘natural home’ for healing and counseling. Both the Self Compass and the Human Nature Compass are applied in abundant case illustrations.

— Integrates Compass Therapy with Christian orthodoxy by illustrating how Christ’s use of the Self Compass becomes a universal model for understanding human personality health and dysfunction. Provides a model of human holism based on the ontological foundation of the Trinity, with extensive references to both Scripture and psychological research.

The Self Compass: Charting Your Personality In Christ

— A practical self help book that counselees can read at the beginning of counseling to help them identify their personality patterns, and participate more fully in the counseling process. A ‘Self Compass Inventory’ allows them to chart their own personality configuration in terms of the Self Compass. Case stories of transformation increase their motivation for growth and change.

Christian Personality Theory: A Self Compass for Humanity

— Every therapist or pastoral counselor needs a personality theory from which to draw. This book provides a Christian personality theory, while at the same time respectfully offering comparison and contrast with Freudian, Jungian, Humanistic, and Behavioral personality theories. The book functions as a background repository of knowledge about human functioning that is useful to counselors and counselees alike.

— Each counselor has a philosophical worldview through which he or she makes sense of the world, humanity, persons, and relationships. This book develops an interpersonal model of the divine Trinity, suggesting that the social Trinity of Three Persons in One God form the ontological foundation from which Homo sapiens derive personhood, personality, and the longing for meaningful relationships. This book draws out how the Father, Son, and Holy Spirit interface with personality development, friendship and marriage, the unconscious, creativity, philosophy, and psychology.

These books can be ordered in print or download versions by clicking here: COMPASS SERIES.

What are keywords related to these topics?